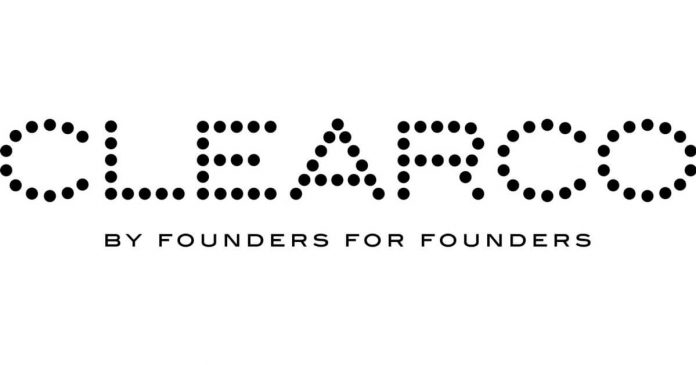 The firm has raised $100 million in Series C funding, valuing the company at $2 billion. The round was led by UBS Group AG (NYSE: UBS). The financing will be used to expand Clearco’s manufacturing facility and support growth in North America and Europe.
Clearco is a global provider of sustainable building products for the non-residential construction industry.

The company’s innovative products are manufactured using natural and non-toxic ingredients, from renewable materials to paper. In addition, the company’s products have been certified by a number of third-party certifiers for sustainability and other benefits, including the US Forest Stewardship Council, the Sustainable Forestry Initiative, National Wildlife Federation and Sustainable Materials Association.

Forbes reports that Clearco has received more than $1 billion in revenue since it launched its product line in 1999. Clearco’s products include zero-VOC interior coatings made from natural ingredients. The company celebrated three years of sales growth in 2011 by expanding its product lines to include environmentally friendly sign materials, sealants and adhesives. Clearco’s financial growth is due to its growing market share as more companies and municipalities require products that are more sustainable.

The Forbes article also explains that Clearco has raised more than $1 billion since 1999, nearly all of it from private investors. A portion of the company’s funds have been used to open more than 20 new manufacturing plants around the world during that time. Clearco’s growth has been fueled by the expansion of its North American business.

Clearco is developing a factory in China to manufacture doorsill treatments and other materials to reduce the use of fossil fuels.

Clearco is based in Montreal, Quebec, Canada. The company has about 180 employees in North America, Europe and China.

Clearco was featured on CBC Radio One’s “On The Coast” program on March 8, 2012 as part of a discussion about issues facing the construction industry. The program’s host, Stephen Quinn, talked with Kathryn McGarry, a member of Canada’s Parliament House of Commons and the official opposition critic for natural resources and the environment.

McGarry said she has worked with Clearco on sustainable construction issues. In particular, she discussed Clearco’s commitment to reducing the use of fossil fuels and protecting forests by using sustainable materials. Clearco’s commitment to sustainability is good news for Canada’s forestry industry, which has been hurt by the global recession and pressures from environmental groups.

McGarry pointed out that Clearco also supports the safety net for unemployed and under-employed Canadians as they search for jobs.

Clearco was featured on CBC Radio One’s “On The Coast” program on January 10, 2007 as part of a discussion about companies that support new product development in Canada.