How Long Does It Take an STD to Show Up on a Test? 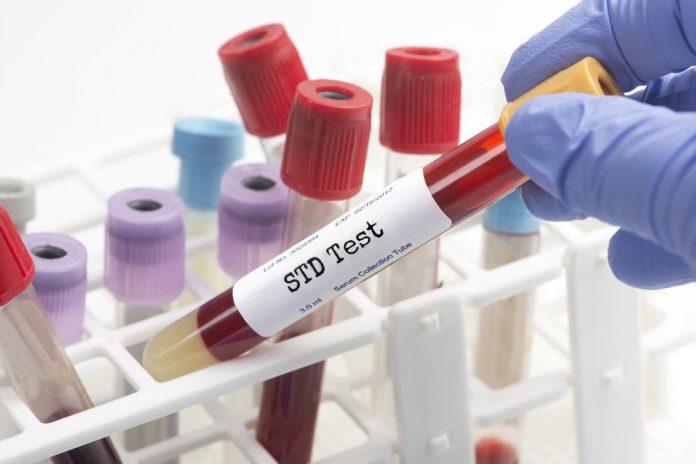 Sexually Transmitted Diseases (STDs) are a health concern for many people. This is because a vast majority of people with these diseases are not aware that they are carriers of the disease. As such, they walk around with them, only discovering them on a medical examination for an unrelated symptom. A quick way to know whether you have an STD or any other sexually transmitted infection (STI) is to use a HealthyMD free HIV testing kit. It is easy and convenient, thereby helping you to know your status while avoiding a visit to a health facility.

Many STD and STI carriers don’t develop the symptoms of the respective diseases immediately after getting infected. It takes time before the disease-causing organisms can make their effects felt.

Progression of an STD

Someone infected with an STD doesn’t become “sick” straightaway. Technically, being exposed to an STD and becoming infected with it are different stages of their progression.

The exposure period is one a person comes into initial contact with an STI-causing pathogen. The Human Immunodeficiency Virus (HIV) is the pathogen responsible for causing Acquired Immunodeficiency Syndrome (AIDS)—the debilitating condition that will ultimately lead to death if not well managed.

After exposure, the STD microorganisms will begin to spread around the body. Depending on the pathogens, they may target only specific kinds of body cells or body systems. For example, HIV attacks cells that are responsible for mounting an immune response to microbial attacks. These cells (called CD4 cells) include many of the lineages of white blood cells like lymphocytes. Syphilis, another common STD, tends to attack the genitals, rectum, and mouth, manifesting as painless sores in these body parts. When the STD-causing microorganisms spread and attack body tissues after exposure, an infection is said to have occurred.

The period between initial exposure and full onset of infection is called the latency period. During this stage, the microorganisms are present in the person’s body but are considered to be in a dormant state because the clinical symptoms of the disease are not manifested yet. Different STDs may have different latency periods.

The incubation period is the duration between initial exposure and the manifestation of clinical symptoms of an STD. It may also vary depending on the STD in question.

Both the latency period (sometimes also known as the window period) and the incubation period are crucial for STD testing purposes. They help to know at what stage an STD infection is and what to expect as far as testing goes.

How Soon Should You Get Tested?

Usually, it does not take more than a few weeks for an STD test to confirm a result. For example, HIV may take up to a month to be confirmed by a blood test because of its latency period. For other STDs like gonorrhea, you can confirm its infection by a test done in as little as 5 days after exposure. Of course, people’s bodies are different. This may lead to a false negative result—one that indicates the absence of an infection when it is present. That’s why it’s a good idea to retest for an STD when the initial test is negative. This ensures that you err on the side of caution. Retesting can be done 2 weeks or a month later after the initial test, depending on the STD.

People should test regularly for an STD especially if they are sexually active or are in high-risk professions like nursing or the medical profession.

Most people consider doing an STD test after showing signs of an infection. Such signs include:

i) Itching on the genitals or the surrounding groin area

ii) A burning sensation while urinating

iv) Sores or other abnormal growths on or around the genitals

v) A foul smell coming from the genitals. This smell may be accompanied by a discharge.

It’s crucial to remember that some STIs may not cause symptoms in the infected person for many years. Hepatitis C, HIV, chlamydia, and several other microorganisms that cause infections may stay dormant in a person’s body without causing any health problems. That’s why it’s important to test for STDs even when you’re feeling fine.

In a nutshell, how long it takes for an STD to show up on a test will depend on several factors like its incubation period, latency period, and the chances of a false negative showing up on a test.

Getting tested as soon as one suspects an exposure is the best policy.

Can we assume that testosterone enhancers really improve male performance?