Is it Safe to Live in a House With Foundation Problems? 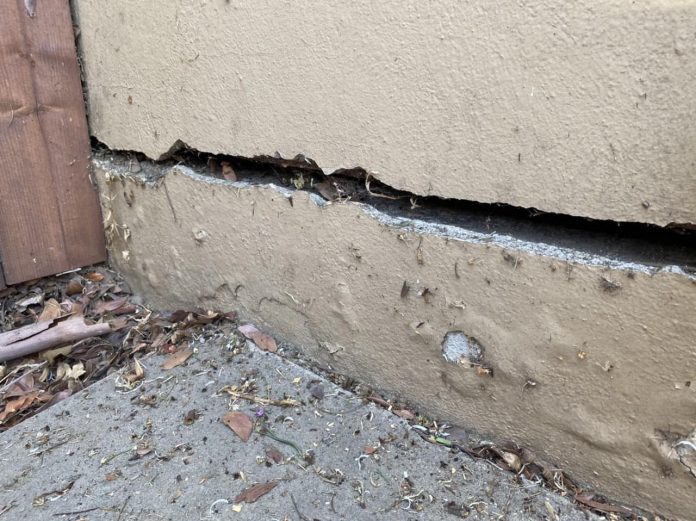 A house’s foundation is crucial to its longevity. That’s why any issues with it will pose serious risks to the house’s overall structural integrity. A house with foundation problems is the kind of headache no homeowner wants to have. For instance, a tiny crack in your house’s foundation may not be a cause for concern, at least not immediately. However, this could be the beginning of larger problems for your house’s foundation. Such a crack could become enlarged, compromising the entire floor and the foundation underneath. Such a scenario underscores the importance of repairing foundation cracks right away. If you don’t repair a small crack, you might have to demolish the whole house later on when significant portions of the foundation become severely compromised.

The most common type of house foundation problem is cracks. These could be hairline cracks that develop as the concrete dries during the setting process. However, cracks could also develop gradually as a result of the soil underneath not being robust enough to support the concrete. Large, horizontal cracks with jagged edges should always be a cause for concern. These usually indicate much deeper problems that need to be attended to by a professional.

Several things can lead to foundation problems for your house. The most common include:

i) Water: Water, especially underground, poses one of the biggest threats to a house’s foundation. A water table is an underground boundary that demarcates areas of varying water permeability. An area’s water table is crucial as far as house construction is concerned. When a house is built with total disregard for an area’s water table, foundation problems could arise. This typically occurs when underground water begins to seep through the small air pockets in the foundation’s substructure. Poor soil drainage in a particular area can also contribute to this problem.

These are the major reasons for foundation problems in the majority of houses.

How Bad Should House Foundation Problems Be Before Safety Becomes an Issue?

As stated, you can live in a house with foundation problems without any immediate risk to your safety. The nature and extent of the foundation problems, along with other external factors like the general weather patterns of an area, will determine whether or not it’s safe to continue living in such a house.

A house foundation with only hairline cracks as the problem does not put you in immediate danger. Similarly, a house foundation experiencing cracks due to a shifting underneath soil structure does not pose an immediate threat. However, both scenarios will cause serious problems if not addressed promptly. While you continue to live in a house with such foundation problems, it helps to call in a professional that can assess and address such issues.

Of course, many foundation problems go unnoticed. Unless you see something like a crack in your house’s foundation, you may not know there’s a problem. In such instances, regular house inspections by a professional like a structural engineer will help to identify such problems early enough.

An area’s geography and general weather patterns are also crucial. For example, if your house is located in a region that is susceptible to earthquakes and landslides, even minor foundation problems can quickly turn tragic. A house with significant foundation problems will most likely collapse if an earthquake or a landslide occurs.

Ultimately, your safety should always be a priority. You wouldn’t want to continue living in a house whose foundation has serious structural problems. If in doubt, it’s always best to call in a professional to assess the situation.

How To Protect Yourself When Dealing With Removalists?

How to Extend the Life of Your Commercial Roof?