Are Solar Roofs Worth the Money? 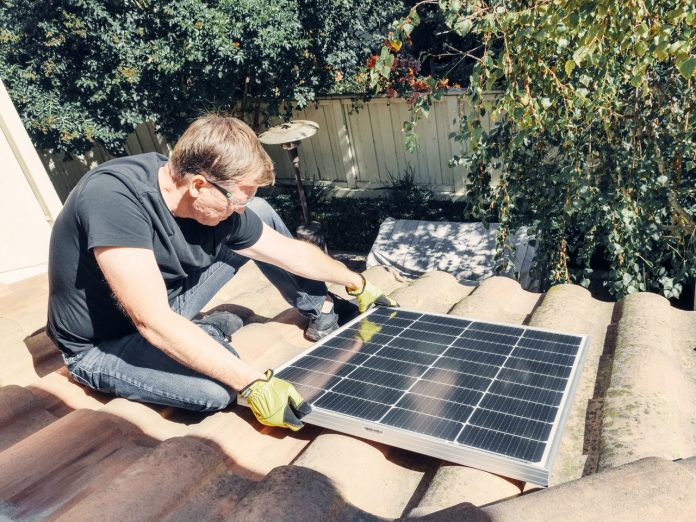 Many homeowners wonder if solar roofs are worth it. With their enormous upfront installation costs, people tend to be reluctant about adding this to their house expenses. However, solar roofs can pay off significantly in the long term, given the right conditions. Homeowners who find out about solar panel roofs gradually realize that it can save them significant sums of money in energy costs over the long haul.

When Are Solar Roofs Worth It?

Installing a solar roof over your house may become necessary due to unforeseen circumstances. For example, if you live in an area with frequent episodes of inclement weather patterns like torrential rains, you may have to replace your roof unexpectedly. Whether you’re considering replacing your roof willingly or out of necessity, there is sufficient evidence to suggest that it will be a good investment.

If you’re still in doubt about whether solar roofs are worth it, consider their benefits:

1) Eliminating or Reducing Your Energy Costs

The Federal Solar Tax Credit system is a scheme designed to promote solar energy use. This scheme incentivizes US homeowners to switch to solar power. Installing solar roofs gets such homeowners tax credits. It is calculated at 30% of the total costs of solar installation. For example, if you install a solar roof at a final cost of $15 000, you’ll get a federal tax credit of $4500. This is not a refund; it’s merely a deduction on the amount of federal taxes you pay.

Rebates and tax credits mean homeowners can enjoy the benefits of solar roof installation while significantly mitigating its installation costs.

Conventional electricity is sourced from fossil fuels like natural gas and coal. These are pollutants that help to damage the ozone layer and other environmental aspects. Solar energy has no such issues. As a homeowner, this environmental friendliness aspect of solar installation may not help you save money immediately. However, it helps society to combat the effects of global warming.

Do You Still Need the Grid After Solar Roof Installation

While many people would love to go off-grid completely, it just isn’t a practical option. You’ll still need to be ‘on-the-grid,’ meaning your conventional power supply will remain in place despite having a solar roof. Solar energy generation is greatly influenced by the amount of sunshine. If you live in a region with plenty of it, it means that you can significantly reduce the amount of power you draw from the grid. This, of course, translates into thousands of dollars saved annually.

However, even the sunniest regions experience prolonged periods of heavy cloud cover. During such periods, your solar roof will generate significantly less electricity than optimal levels. The electricity from the power grid comes in handy during such moments.

Similarly, your solar roof may produce way more power than you need. In such cases, you can ‘push’ the excess power to the grid. This excess power pushed to the grid helps you earn credits.

Many power companies offer this credit system to homeowners with solar roofs who are still connected to the power grid. For every kilowatt-hour (KWh) of excess electricity you transmit to the power grid, you’ll earn credit. You can use these credit points later on when you need to draw power from the grid due to insufficient production by your solar roof. This saves you money.

If done right, solar roof installation can help you save significant sums of money in energy costs. It also has other advantages, like increasing your property’s marketplace value.

Of course, proper installation is key to ensuring that you reap all the financial benefits of a solar roof. If you live in a region with plenty of sunshine, it is a bonus. However, proper installation is still crucial even in such regions. The angle at which the sunlight strikes the solar panels plays a significant role in efficient solar energy production. An experienced solar installer should be able to handle that.

All in all, you can save tens of thousands of dollars over the lifetime of your solar roof.

Benefits of having a mobile phone signal booster